What is Archimedes Ships Mod?

Archimedes Ships 1.12.2 and 1.7.10 are updated back to the current version of the game, so you can craft the ship however you want so you can navigate and sail the seas of Minecraft.

One of the changes to Minecraft version 1.7.2, in addition to the new biomes, is the reduction of the dimensions of the oceans in Minecraft; that is, they still have enough sizes to create your boat and navigate them.

If you want to fly in addition to sailing, you can also build your hot air balloon using the “Air Ballon” block.

The basic gauge block consist of two functional indicators.
One gauge acts like a compass and will always point to the north, the other indicates the speed of the ship it is attached to. A whole circle equals 80 kilometres per hour. 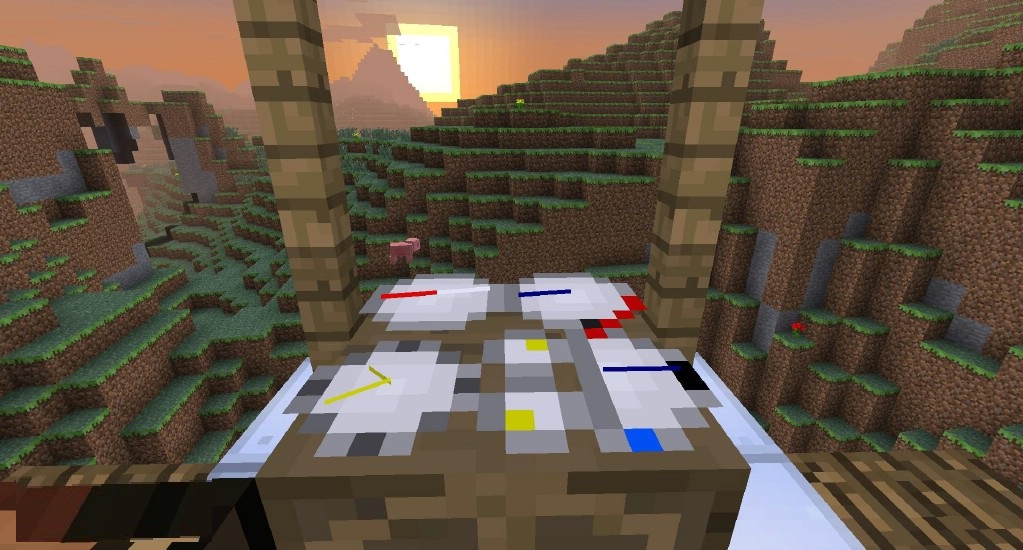 Please note: The floater is not an essential part of the ship!

It is simply a very lightweight block, that gives ships the ability to float heigher and not sinking too deep. The more floaters you include in your ship, the higher it will be on the water.

The balloon is the essential block to build air ships. 40% of the blocks on a ship should be a balloon in order to give the ship the ability to fly. This percentage is adjustable in the config file.

Balloons will get the same colour as the wool it is crafted with.

This block allows other players to join you on your ship.

If a ship contains a seat, players can interact with the ship by right clicking it and will automatically be assigned to a seat.

The crate block grabs mobs that walk over it and a few other entity types and attaches them to the block.
This allows you to transport them on your ship.

The steam engine allows your ship to accelerate, rotate and lift faster. It requires burnable fuel, like coal or wood, to provide power.

A simple block that will never attach to ships.

To create a ship, simply build it as you build everything in Minecraft. Then it needs a ship helm, which is the main block of the ship and the pilot seat at the same time. Right clicking the helm opens up a GUI:

When compiling, none of the following blocks will be considered part of the ship by default:

You can add or remove blocks to this list in the config file.

Decompiling a ship will overwrite the following blocks by default:

You can add or remove blocks to this list in the config file.

The ship can be steered with the movement keys, where left and right change the direction of the ship and forward and backward change the forward velocity of the ship, no matter where you’re looking at.
Through the configuration file you can enable the old vanilla control, by setting the control_type property to 0.

How to install Archimedes’ Ships Mod With Forge

What is Mine & Blade (Battlegear 2 Mod)? Mine and Blade allow us to use both hands, either using two weapons, one in each hand or a weapon in one...

Chat Bubbles 1.15.2,1.12.2 and 1.7.10 are responsible for generating bullets or snacks on Minecraft characters' heads, where the texts that each of them has written will appear. In multiplayer games,...

Recent Mods
Favorite
Fanpage
Leave comment
x
About - Privacy - Terms of Service
All files from dlminecraft.com can be downloaded for free. DLMinecraft.com is not affiliated with Minecraft or Mojang in any way
2018-2020 © dlminecraft.com - All rights reserved.
We use cookies on our website to give you the most relevant experience by remembering your preferences and repeat visits. By clicking “Accept”, you consent to the use of ALL the cookies.
Cookie settingsACCEPT
Manage consent